You are here: Home / News / Meet the Newest Additions to Our Contract Operations Staff

We’re catching up on some website housekeeping today, by welcoming some of the newest members of the IAI team, who have not yet been properly introduced on iaiwater.com.  We extend a warm welcome to the following employees: Jason Freeman, Brad Johnson, Marty Jones, Andrew Markee, and Ryan Ward.  Learn a little more about each of these folks below.

An Operations Specialist at the Leoni Township Clean Water Plant, Jason Freeman accepted a position with IAI in August 2014.  Jason has two Associate of Applied Science degrees from Jackson Community College (automotive technology and electrical engineering), and is enthusiastic about starting a new career path in wastewater treatment.  He looks forward to gaining experience and classroom training.  Jason lives in Jackson.

Brad Johnson has been a member of the IAI Antigo Water and Wastewater Utilities staff since August 2013.  Brad is a native of Antigo, and resides there with his wife, Amber, and two children, Zane and Zoe.  He is an avid outdoorsman and has a welding certificate and Class B CDL.  Brad previously worked part time at the White Lake Wastewater Treatment Plant.

Senior Operations Specialist Marty Jones has worked at the Marlette, Michigan Wastewater Treatment Plant for the past 15 years.  Marty was hired when IAI began contract operation of the plant in July 2014.  He is a veteran of the U.S. Air Force, having served for 21 years, retiring with the rank of Master Sergeant.  Marty lives in Columbiaville, Michigan with his wife, Darlene. The couple has two daughters, Amanda and Erin, and two grandchildren.

Andrew Markee spent about a year as a seasonal employee in IAI’ Dredging and Sediment Dewatering Division, working at projects in Louisiana, Illinois and New York, before transitioning to the Contract Operations Division in February 2014.  Andrew is now an Operations Specialist for the Caledonia Township water and wastewater treatment systems in Caledonia, Michigan.  He has a BS degree in Biology from Ferris State University and currently resides in Grand Rapids.

Ryan Ward joined IAI in June 2014, as an Operations Specialist assigned to circuit projects in Kent County, Michigan.  Ryan has a strong mechanical background and has an Associates degree in diesel mechanics.

Here’s an update on our response to the coronavirus or COVID-19 pandemic. Throughout this challenging time, the IAI team has continued to work, providing essential water and wastewater utility operations services, as well as environmental dredging and associated activities. The safety and health of our employees and communities remain our highest priority. 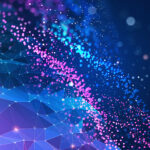 Join IAI as we attend the first-ever Virtual Water Summit, a fully online event, bringing together wastewater professionals from across the state of Michigan, June 22 – 26, 2020. Continuing education credits are available for wastewater operators and professional engineers. 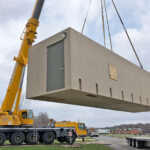 IAI’s Engineering, Mechanical Services, and Contract Operations are working together to permit, install, and soon, operate a 30,000-gpd membrane bio reactor (MBR) for a privately-owned campground in West Michigan.